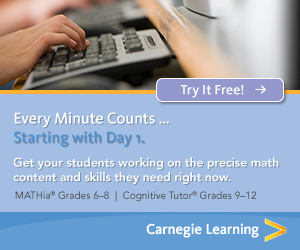 Two high-profile public-opinion polls released this month offer contrasting snapshots on the public’s support for common-core standards and mandatory standardized testing—intertwined issues that are arguably among the most divisive in K-12 public education.

Often released within days of each other, the education survey by Phi Delta Kappa/Gallup—now in its 47th year—and the one conducted since 2007 by Education Next, a journal from the Hoover Institution at Stanford University, deliver new data that fuel debate and reflection on topics ranging from teacher quality to school funding.

This year’s PDK/Gallup poll reveals that a majority of respondents, including 54 percent of public school parents, oppose having teachers use the Common Core State Standards to guide what they teach.

While the Education Next poll also shows public support for the common standards slipping to 49 percent and mounting dissatisfaction among teachers, with 50 percent opposed to the standards, its results show that backers of the initiative continue to outnumber opponents.

A report accompanying the Education Next findings attributes broad opposition to the common core to a “shallow factual foundation,” because 60 percent of its poll respondents didn’t know whether their districts use the common core, and 23 percent of residents in non-common-core states believe their local districts are using the standards.

The polls’ divergent results on some topics should be of little surprise: While both surveys have nationally representative samples, they take distinct approaches to assess the public’s mood.

The results largely depend on how you “ask the questions,” said Paul E. Peterson, one of the authors of the Education Next report and a professor at Harvard University’s Kennedy School of Government.

Joshua Starr, the CEO of Phi Delta Kappa International, said it’s important to have multiple assessments of the public mood.

“At best, the data help you ask better questions,” said Starr, a former superintendent in the Montgomery County, Md., and Stamford., Conn., districts.

“There’s a messy middle you have to operate in,” he added. “Lawmakers are hearing from people at the extremes. We all need a more nuanced view of the complexity of public education.”

The PDK/Gallup poll found most Americans, overall, think there is too much emphasis on standardized testing in public schools, but blacks and Hispanics are more likely than whites to think that test results are useful tools to measure school quality and improve schools.

Conducted in May, the poll surveyed 3,500 people via the Internet and 1,000 people by telephone. The first-time Web survey allowed pollsters to capture greater detail on racial and ethnic groups. The Education Next poll, conducted online and via telephone, has been able to capture similar detail since its first edition.

Phi Delta Kappa will host a series of public forums to explore and discuss its results. A report accompanying the PDK/Gallup findings also offers a guide on how to localize the poll results to spark community conversations about school quality.

While roughly half of all PDK/Gallup respondents gave the schools in their own communities a grade of A or B, only 23 percent of blacks and 31 percent of Hispanics would give their neighborhood schools such high marks.

“We can no longer just say ‘parents feel’ or ‘Americans feel,’ ” Starr said. “We need to understand that there are differences … and bring those perspectives together.”

The racial and ethnic divide in the school assessment results from the Education Next poll was much less stark, with 46 percent of blacks and 51 percent of Hispanics giving their neighborhood schools an A or B.

Overall, 52 percent of the survey respondents would give their community schools high marks.

Among the PDK/Gallup poll’s other findings: A majority of Americans think half, or fewer, of public school students are receiving a high-quality education, and respondents think teacher quality trumps other factors when it comes to improving school quality.

The Education Next poll surveyed 4,083 adults in May and June, and found a declining, but still significant appetite for school choice.

“One hesitates,” the authors write in their analysis, “to read too much into shifts in opinion that are only modestly larger than what a statistical aberration might account for.”

Support for school choice and a desire for reducing the federal government’s role in turning around struggling schools were issues where the poll results most closely aligned.

The PDK/Gallup poll found that nearly two-thirds of poll respondents support the idea of charter schools and say parents should be able to choose any public school in their community.

In an essay accompanying the PDK/Gallup results, Starr suggests broadening the school choice discussion beyond pro-charter and anti-charter stances and debate over school vouchers to “provide children and parents what they want and need to be successful.”

Only about 1 in 5 respondents to the PDK/Gallup poll think the federal government should determine how to hold poorly performing schools accountable and decide the amount of testing in schools.

The Education Next poll found that “people clearly want the feds in the back seat when it comes to identifying failing schools.”

But when it comes to the hot-button issue of testing, the polls diverged.

The Education Next poll found that only a quarter of the public supports the opt-out movement, the push among parents in some communities to refuse to allow their children to take common-core-aligned or other standardized tests.

Among parents, 52 percent dislike the idea of letting parents decide whether their children are tested, while 57 percent of teachers are opposed.

The Education Next poll also found that 67 percent of the public supports a federal requirement for annual testing, while teachers remain split on that issue. “The backlash against standardized testing appears less potent than opponents claim,” the Education Next authors write.

Conversely, the PDK/Gallup poll found that 64 percent of Americans think there is too much emphasis on standardized testing and less than 20 percent consider test scores a good gauge of school effectiveness and student performance.

Most respondents think parents should have the right to opt their children out of testing, but few said they would exercise that right. Notably, 28 percent of black respondents said test results were a solid measure of school effectiveness, compared to 14 percent of parents overall.

[1]Many Americans, especially public-school parents, give low marks to rating a teacher based partly on how students perform on standardized tests, according to a survey.

The Gallup Poll [2] released Sunday found 55 percent opposed linking teacher evaluations to their students’ test scores. Among those with children in public schools opposition was stronger, at 63 percent.

Standardized tests are necessary, but there’s an overreliance on them, said Joshua Starr, CEO of Phi Delta Kappa International, an association for educators, and a former schools superintendent. PDK, which supports teachers and educational research, paid for the poll conducted by Gallup.

“Parents see the work their kids bring home every night,” Starr said in an interview. “They go to teacher conferences, and they’re more likely to judge the school and the quality of the teacher based on that, than solely using test scores.”

As many schools prepare for a return to the classroom in the coming weeks, more than 40 states are moving forward with plans to evaluate teachers and principals in part on how well their students perform on standardized tests. It’s something the Education Department has supported and encouraged through its Race to the Top grants to schools and other programs. While the department says other factors should be considered, such as student work and parent feedback, teachers, unions and others worry there’s too much emphasis on test scores.

Standardized tests in general were not popular with many in the survey, which included a telephone poll of 1,000 American adults supplemented with an online survey of nearly 3,500 more. The online survey included people initially selected at random, but only those with access to the internet.

Nearly two-thirds of those in the online survey said too much emphasis is placed on standardized testing in public schools. Nineteen percent said they were comfortable with the tests, 7 percent said there was too little emphasis and 10 percent didn’t know.

Of public-school parents questioned in the online poll, nearly half – 47 percent – said parents should be allowed to excuse their children from taking one or more standardized tests, 40 percent disagreed and 13 percent didn’t know. More whites supported the idea of opting out of tests. Some 44 percent of whites agreed, compared to 35 percent of Hispanics and only 28 percent of African-Americans. A majority of blacks, 57 percent, said parents should not excuse their children from the tests.

In recent years, there’s been a small but growing number of parents deciding to keep their kids home or otherwise out of the classroom during state standardized tests.

New York is believed to have the largest rate of opt-outs so far. About 20 percent of the state’s third- through eighth-graders refused to take the tests this spring, up from 5 percent a year earlier. Other states have reported resistance to the tests, including Maine, New Mexico, Oregon, Pennsylvania and Washington.

People in the online poll were mostly split on the intensely debated Common Core education standards. They have been adopted in much of the country and spell out what English and math standards students should master at each grade level. Fifty-four percent of public school parents oppose teachers in their communities using the Common Core standards to guide what they teach, while 25 percent favored them.

More blacks favored Common Core – 41 percent, compared to 29 percent of Hispanics and only 21 percent of whites.

The standards were drafted by the states with the support of the Obama administration, but have become a rallying point for conservatives who want a smaller federal role in education. In Congress, the House and Senate passed separate bills last month to update the No Child Left Behind education law. The bills, among other things, would prevent the Education Department from mandating or giving states incentives to adopt or maintain any particular set of standards, such as Common Core.

The online survey found resounding agreement on vaccinations. Eighty-four percent said all children should be vaccinated before they attend a public school; 9 percent disagreed.

© 2015 The Associated Press. All rights reserved. This material may not be published, broadcast, rewritten or redistributed.